Earlier this year, Barton Associates announced its third annual Locum Heroes campaign, with a focus on giving back to locum tenens providers who make a difference in their communities, near and far. In response, we received an overwhelming amount of responses, each describing incredible stories of the ways that locum providers have spent their time on and between assignments.

This year, our judging panel chose Dr. Prerna Mona Khanna as the 2021 Locum Hero for her dedication to providing disaster relief, both nationally and internationally. As a Barton Associates Locum Hero, Dr. Khanna will receive a personal award of $2,500, and an additional $2,500 which will be donated in her name to the charity of her choosing. Continue reading to learn more about Dr. Khanna’s deserving story, as well as the charities that she selected.

Dr. Khanna worked locum tenens positions off and on beginning in 1998 right after finishing her residency, but it became more predominant in 2014. Currently, she is working as a qualified medical examiner (QME) in California.

Between her locum tenens assignments, Dr. Khanna found herself volunteering wherever disaster strikes and help is needed. Whether it be a natural disaster, poverty, or anywhere a cry for help is heard, Dr. Khanna utilizes the flexibility of locum tenens to answer the call of duty.

Locum tenens positions allow me the ability to do what I love when I’m not working, which is volunteering – mostly in developing countries.

Throughout her volunteering, Dr. Khanna has found herself all over the world. In her experiences, she has found herself running a toothbrush clinic in India, helping in Japan after the Great Tohoku earthquake, providing aid in Haiti after their earthquake in 2010, helping after a tsunami in Indonesia with the United Nations (UN), and providing relief after the typhoon in the Philippines in 2012. She also worked as a contractor for the World Health Organization (WHO) during the Ebola pandemic.

If it weren’t for the flexibility of locum tenens, Dr. Khanna would not be able to drop everything and go help out as often as she has. Dr. Khanna is thankful for having the ability to volunteer as much as she has and, in turn, holds locum tenens providers in such high regard.

Read on to learn more about Dr. Khanna and her experiences exactly how she explained them to us.

“I spent two weeks in the slums of India, and I took care of kids, and I had a cute little toothbrush clinic because they were using twigs to clean their teeth and they had terrible cavities, and gum disease, and all kinds of stuff. So I had taken toothbrushes and toothpaste and we had toothbrush clinics that I taught them how to use toothbrushes.”

“March 11th was actually the 10-year anniversary of the Japan Great Tohoku earthquake and tsunami. And so after that happened, a few months in between my locum tenens assignments I actually went to Japan, and I worked with a group of elderly who were in some of the settlement homes because their homes had gotten destroyed.

“I think three months after the earthquake in between locum tenens assignments. I went to Haiti for a month, and I volunteered there seeing patients who were living in the tent cities there.

They had these big, big, wide swaths of areas where they had erected tents and they had people living there because they had lost their homes in the earthquake.”

“I went to Banda Aceh. Banda Aceh, Indonesia was the city which was closest to the epicenter of the underground earthquake that caused the 2004 Indian Ocean tsunami and I spent a month in Banda Aceh. And we took United Nations helicopters to go to the outlying areas in Indonesia so we could reach the people there because it’s a developing country and the roads that had been destroyed after the earthquake and tsunami were still not completely built up yet.

The only way to reach those people was by helicopter so we would go out by helicopter and we would treat them there and the organization that I was with was building clinics in those outlying areas and I did that.”

Dr. Khanna has chosen to donate to two charities:

Asian Pacific Policy and Planning Council (A3PCON) is a coalition of community-based organizations that advocates for the rights and needs of the Asian and Pacific Islander American (APIA) Community in the greater Los Angeles area, with a particular focus on low-income, immigrant, refugee, and other disadvantaged sectors of the population. To accomplish this mission, A3PCON strives to:

Kappa Delta Foundation, Inc’s mission is to secure funds for the educational, leadership, and charitable purposes of the Kappa Delta Sorority, of which Dr. Khanna is a member. Through contributions from alumni, collegians, and friends of Kappa Delta, the foundation is able to fund scholarships and educational opportunities, provide internships and leadership training, and support their national philanthropies and numerous local community outreach programs.

Thank you so much for going above and beyond for people all over the world, Dr. Khanna. Your dedication to healthcare embodies what it truly means to be a Locum Hero.

Want to learn more about locum tenens with Barton Associates? Fill out the form and one of our representatives will reach out to you! 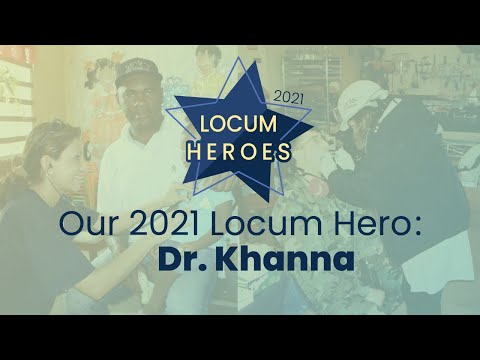 Chris Keeley was formerly the content marketing copywriter for Barton Associates. Native to the Boston area, Chris joined Barton Associates in May 2019 after earning his degree in journalism from Salem State University.

#BecauseICan Help Provide Care to Those in Need

#BecauseICan is a Barton Associates campaign featuring the real lives of locum tenens providers and the reasons that they do locum tenens work. For all of the providers featured, the flexible nature of locum work allows them to live life on their own terms. Whether that means frequent travel, volunteer...

As a leading national locum tenens agency, Barton Associates is committed to providing top-quality physicians and nurse practitioners to first-rate hospitals and practices nationwide. We are also committed to providing physicians, nurse practitioners, and other healthcare professionals with resources to make their jobs easier as well as insights into the...

Recapturing What I Love About Medicine

I was burned out. There is no other way to say it. I worked in a busy Internal Medicine practice. I woke up early and went to the office. I reviewed charts and labs of the patients I was going to see that day. In my schedule, patients were often...

Earlier this year, Barton Associates announced the Locum Heroes campaign, with a focus on giving back to locum tenens providers who make a difference in their communities, near and far. In response, we received more than 100 nominations, each describing incredible stories of the ways that locum providers have spent...